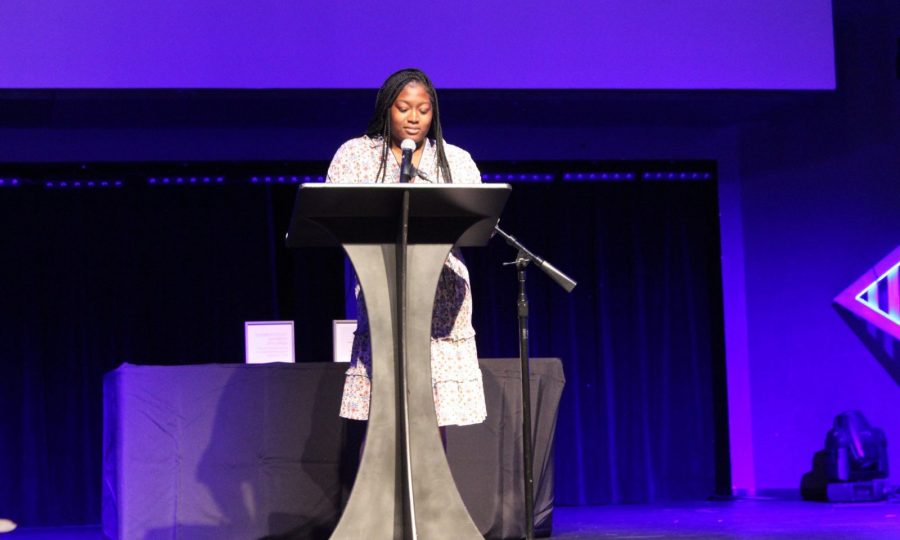 Please see the original article at the following link.

Local church leaders honored the first-ever recipients of the Forsyth Descendants Scholarship at Browns Bridge Church on Saturday, Aug. 6, giving families a chance to share the stories of their Black ancestors who were driven out of Forsyth County in 1912.

Durwood Snead, a retired pastor from North Point Ministries, helped launch the scholarship in February alongside 12 other church leaders and the Forsyth County Ministerial Association.

Together, they gathered community donations for four-year scholarships of up to $10,000 to help honor families driven out of the county in the early 1900s and give the direct descendants an opportunity to attend college without significant financial burden.

Descendants who applied for the scholarship between February and April provided proof of their ancestry along with an essay detailing their family’s connection to the county and the ancestor’s journey.

The church leaders honored nine scholarship recipients at the celebration on Saturday:

But before inviting the recipients to the stage, Snead spoke to the crowd of families and community leaders about Forsyth County’s history and how it inspired him to start the Forsyth Descendants Scholarship.

Snead said he and his family moved to the county in the 1980s without knowing much about its racial history.

“I heard comments over the years about this county having very few Black people in it, and some people lamented that fact and other people, to my shame, celebrated that fact,” Snead said. “But it wasn’t until February of last year that I really started researching what happened in this county and learned more about it.”

By reading books like “Blood at the Root: A Racial Cleansing in America” by Patrick Phillips, Snead said he learned more about the events that took place in Forsyth County 110 years ago.

He said it began when an 18-year-old girl named Mae Crow was found battered and beaten near Oscarville, a town in Forsyth County. The following day, several Black residents who had lived on her street were arrested for the crime.

After the incident, three others were arrested, and two Black residents were convicted of the crime — Ernest Knox and Oscar Daniel. Both were hanged publicly in October 1912.

Snead said that some argue today that Mae Crow’s killers were never actually found, and he believes that the community may never know what happened to her.

“But what happened after that is indisputable,” Snead said. “Because in the 1910 census, there were 1,098 Black people in Forsyth County. Two years later, we surmised there were more than that, a little more than 1,100. But every single one of those people were expelled from this county.”

Following the incident, a mob went to the homes of Black families in the county, threatening violence and burning property. Most of the Black population was forced to flee.

Learning this, Snead gathered a group of 12 other local pastors to ask how they could create something tangible to help honor the victims of the racial cleansing and share the history of what happened over 100 years ago.

Snead said the idea of the Forsyth Descendants Scholarship was born.

“None of us were alive in 1912, and none of us were responsible directly for any of these events that occurred,” Snead said. “And while we’re not responsible for the sins of our ancestors, we feel that we all have a responsibility for the future of our children. And that’s what we’re really excited about here today.”

Later, members of the Forsyth County Ministerial Association introduced some of the direct descendants of the impacted families up to the stage to share stories of their ancestors.

Elon Osby, the grandparent to one of the scholarship recipients, told the crowd that her grandparents were among the Black residents forced to leave their homes in 1912.

“I want you to take a moment to imagine what it must have been like,” Osby said. “How fearful they must have been for themselves and their families …. How do you think it felt to be forced to leave 10, 60, 100, 270 acres of land that you’ve worked hard to acquire and keep?”

But looking out at the crowd, Osby said she was proud to the group who had come together to honor families like hers and encourage the next generation to look at the past and share stories of their ancestors.

“It may be a history that some of you try to forget, but unless we tell the story, these generations and these recipients, generations both Black and white, they won’t know what they have to keep from happening again,” Osby said. “Your parents’ and your grandparents’ story hopefully will ignite the desire for them to want to learn more.”

She also encouraged each of the nine recipients to learn more about the families in the future and take note of how they persevered through violence, poverty and other hardships. That way, when they face hardships in life, that can draw on and be inspired by that same perseverance and strength.

Scholarship recipients Chase Evans and NyJah Parker said they felt inspired by their great grandparents’ stories. They both took the stage to read from the essay they submitted for their scholarship application, telling just a little bit about their ancestors’ lives and the impact their stories made on them.

Evans said his great-grandmother was expelled from the county when she was just three years old, and she grew up feeling the repercussions it had on her family.

Despite the hardships, however, she and her family survived. She received an education, married and supported five children before eventually buying a house in Smyrna. Her children went on to become teachers, pastors and musicians.

“In this way, her strength transcended beyond just herself, and edified in her descendants was a will of fire to fight and to do what they could no matter how difficult things appeared to be,” Evans said.

Adrienne Hershey, and organizer of the scholarship program, invited each of the recipients to the stage and gave them a framed sign with a Bible verse to help inspire and encourage them as they head off to college.

The signs were donated by Flow Inspirations, a Black-owned business in Forsyth County.

Hershey said the scholarship awards have been applied to the student’s accounts, so the funds will be available when they head to college in a few weeks.

To close the event, she thanked each of the recipients and their families for sharing their stories.

For more information about the Forsyth Descendants Scholarship, visit www.forsythscholarship.com. 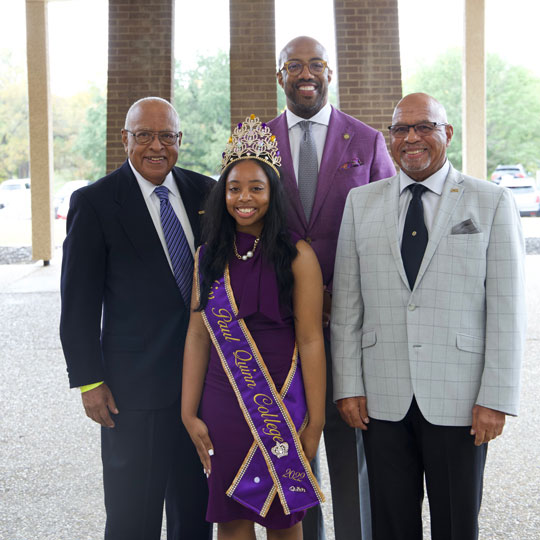 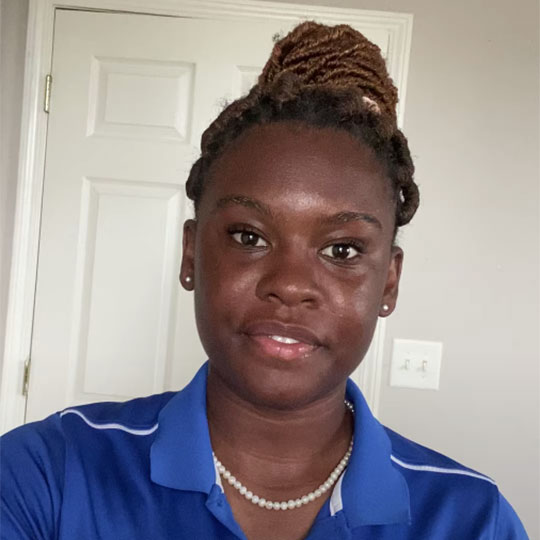 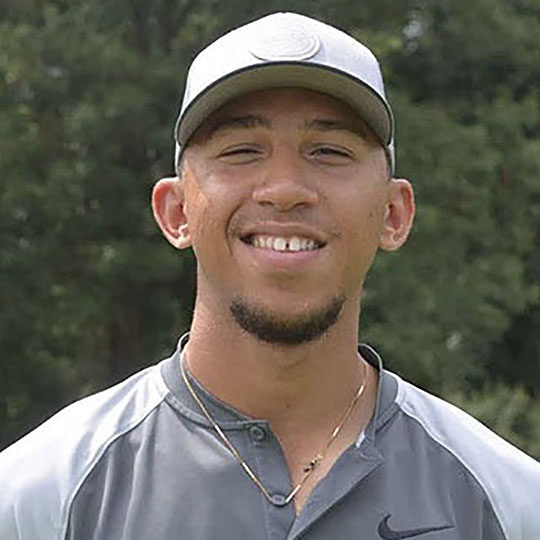 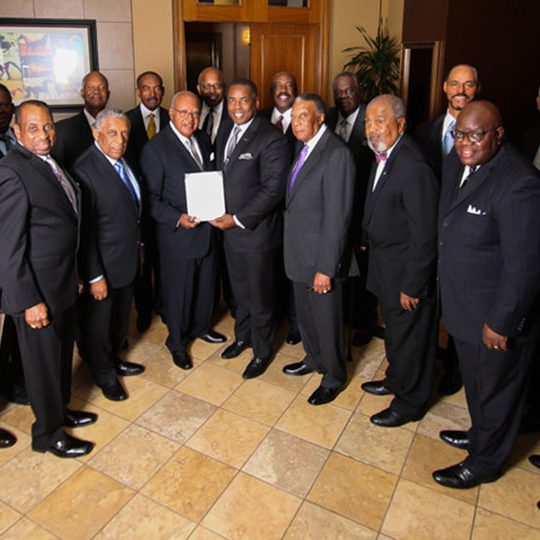